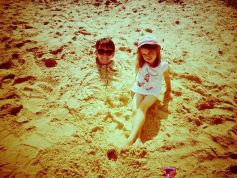 Featherston is by no means a big town - with just over 2000 residents, I’d describe it as 'bijou'. But when I moved here a few years ago, I was taken aback by just how many creative and talented people there were tucked away being quietly awesome in an impressive range of artistic disciplines. Being a bit of a nosey parker and something of a talker, I wanted to capture some of the stories of my clever, creative neighbours and so ReCooper8 was born. Since then, the show has developed into a broad-based arts programme, aiming to bring listeners news and views on what’s happening in the arts in the South Wairarapa, along with some great music and in-depth profiles and interviews with artists and creatives working not just in our region, but nationally and internationally. Join me at 8pm on the third and fourth Thursday of the month for your front row ticket to what’s hot in the arts in the South Wairarapa!

Hi, my name is Lucy Cooper. Originally from the UK, I moved to New Zealand with my husband in 2007. After two children and a mortgage, we can no longer afford to return to the Mother Ship... Fortunately, New Zealand is awesome, so we are more than happy to stay! I'm involved in two programmes: Southern Exposure, which I co-host each month, and ReCooper8. Developing ReCooper8 has confirmed what I’d long suspected – I don’t ‘arf enjoy talking... and listening!

See the latest show via WaiTV on Demand.
Use the WaiTV phone app to watch.
Screens on WaiTV Freeview Ch 41: